Sam and I didn’t do anything too out of the ordinary for Valentine’s Day.

We spent that Sunday doing what we always do on Sunday’s – watching tv and cooking up a storm!

Okay, so, normally, Sam is the one in the kitchen, whipping up some kind of dip and starting the dough for our homemade pizza.

On Valentine’s Day though, we both kicked it up a notch. 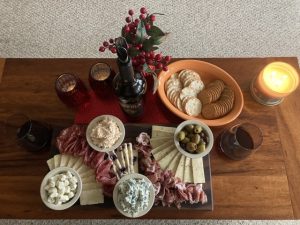 Sam not only put together a delicious charcuterie board, he made a lasagna (of sorts) with a delicious, from scratch, red sauce and the tastiest meatballs I’ve ever eaten. 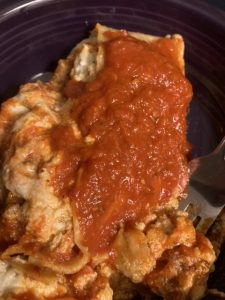 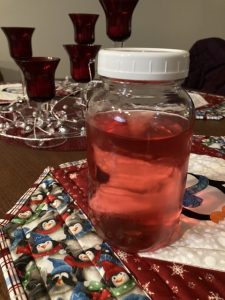 My desserts are typically pretty good, but they RARELY look like they’re supposed to look.

The brownies turned out BEAUTIFULLY, though! I was so surprised.

Sam was too, if that tells you anything!

I thought they looked like a dessert a professional would bake…

…yeah…just let me keep on believing that…

They tasted just as good as they looked too!

The brownies were not dry whatsoever, and they were smooth, chocolate-y, creamy.

I didn’t think they had a traditional red velvet taste either, which I was totally okay with since I’m normally not a fan of that type of cake.

The topping really made these, in my opinion.

The cream cheese frosting, with brownie batter incorporated and swirled, took them to a whole new level.

It was relatively simple to assemble too!

Fix these ANYTIME for a dessert that EVERYONE will enjoy!

If any remain, store in fridge.

My cousin’s already asked me to make them for Thanksgiving. I’m going to try for a turkey-shape then!