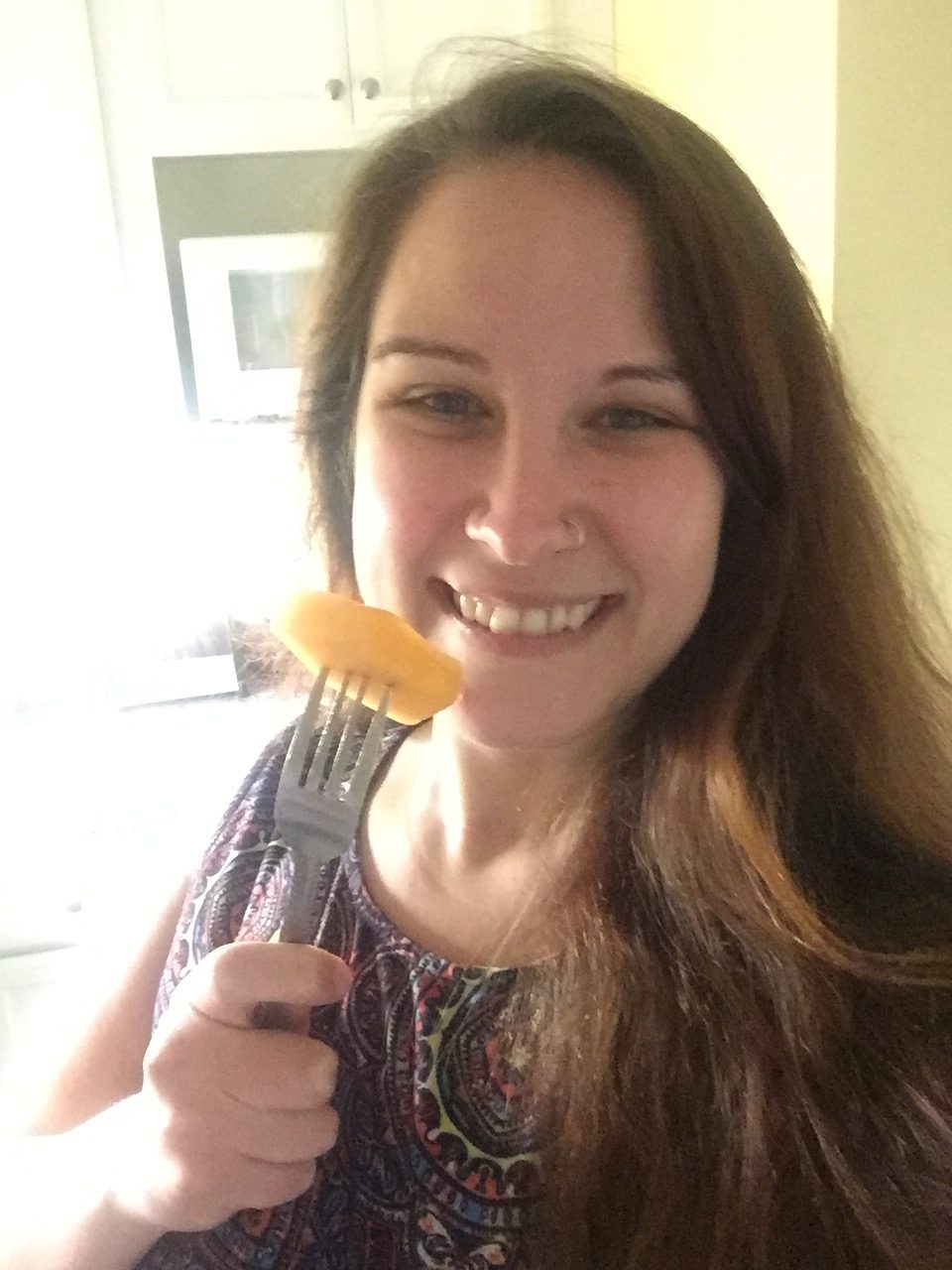 Isn’t it weird how certain foods, the taste and smell of them that is, can transport us to the past? Can submerge us in a flood of hazy recollections that makes us feel like we’re there, right there, in that moment that actually took place years ago? Can bring forth an overall general feeling, with no specific memory attached?

Ok. I’m going to stop right here and just go ahead and say that yes – this post is going to be a little sentimental, a little cheesy. Which I don’t normally do. But I’m feeling some type of way today.  A little nostalgic, I guess you would say.

But anywho…isn’t it? Isn’t it just WEIRD?!

I went grocery shopping the other day – yeah I know…I’m pretty proud of it too – and I was in the fruit section, trying to decide between strawberries or blueberries. When my eyes landed on a container of pre-cut cantaloupe. Done. Decision made. I couldn’t even recall the last time I had it, so I grabbed one and threw it in my buggy.

Right as my teeth sunk into that juicy fruit, and I got my first sweet taste the next day at work, I kid you not, I went back in time to my childhood. My hometown. One second, my mom is buying a fresh one from my Pawpaw’s convenience store or going up to Buddy’s and picking through the bin for one, the right one. The one so mouthwatering and sweet, you couldn’t stop yourself from having a little taste here and there while you were dividing it up. Those ones did always taste better than the ones from Walmart…

The next second, I’m in my grandma’s kitchen, with the faded green-tinted linoleum, white cabinets and countertop. Eating the slices she hands me while she cuts the cantaloupe by the sink with her small, silver pairing knife, leaving an indention on her thumb. Curling my lip and wrinkling my nose when her and Pawpaw put salt on theirs.

Then, BOOM. I’m back at work, fork in hand, picking up another yummy piece. And while I was technically a little fuller, I was also a little more hollow. As lame as that sounds. Because now, as an adult, I truly realize that you can’t get those times back. No matter how much you miss it.

It also happens a lot whenever I eat certain breakfast foods. Like corned beef gravy over the type of biscuits that rise as they bake and you buy in the freezer section. My absolute FAV, by the way!

Only my mom and aunts know how to make it right, though, and whenever I come into town, if I’m lucky that is, they’ll make some and invite the fam over.

And when we’re all together again, and I’m happily shoving biscuits and gravy, two minimum, in my face, I go back to those Saturday mornings when my mom would load my brothers and I into the car and head to her home place where Dad would meet us all later after he got done on the farm.

We’d roll up into the yard, where some of my other aunts and uncles had already parked, and we’d stumble into the farm house, where my grandma, my mom’s siblings and their spouses, and my cousins were either talking or cooking, sometimes both. I can still clearly picture my aunt with her hair up in a clip, donning a sweatshirt with some dogs on it, standing by the stove, spatula in hand, already working on either the bacon or the gravy.

Even after my grandmother passed, the tradition continued, but like all things, those times together became less and less frequent.

Every now and again though, when my brothers, cousins or I are in town or when it’s someone’s birthday or just because we can and want to, we’ll congregate again at one of my aunts houses for a delicious meal just like old times. The kind of breakfast where if you leave hungry, as my family says, it’s your own fault.

I hope to get my fill soon enough though! I guess you could say I’m a little homesick and looking forward to a much needed vacay with family and friends! Which, don’t worry, I’ll take all kinds of pics and tell you all about it when I get back in town!

Do those feelings ever wash over you when you eat a particular food? What do you recall?