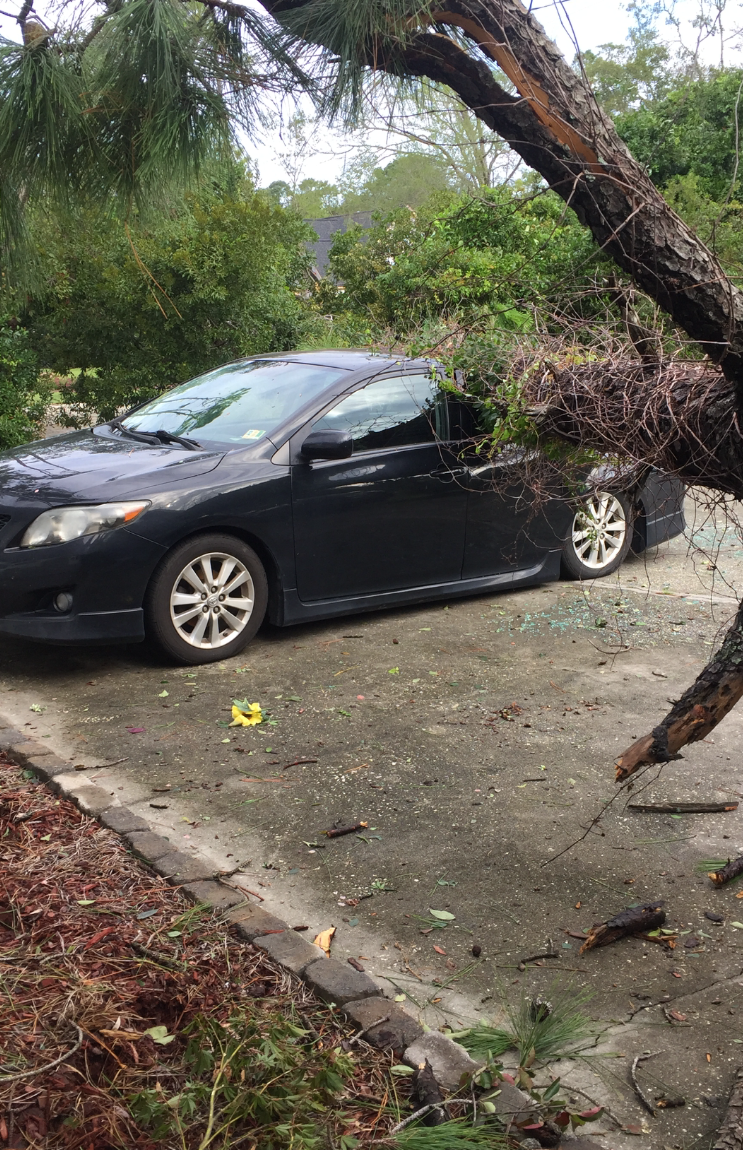 It’s been awhile to say the least, and I’m sorry for the delay! It’s been a little cray around here with Labor Day weekend and Hurricane Dorian and all!

Finally though, I’m feeling a little less discombobulated. All the craziness that goes into prepping for a hurricane at my house and at the station has settled. The weather has just been absolutely beautiful, and, at times, making it hard to believe a hurricane just passed by a few days ago. Plus, business seems to be returning to normal on the Grand Strand, with most restaurants, organizations and services resuming their regular hours.

I’ve got to say, Dory wasn’t “that” bad where I was staying… at first. A couple of friends were kind enough to let me crash with them, since I didn’t want to be alone and my road is very prone to flooding. Like a normal rain shower will cause water to pool on it prone to flooding. So naturally, I wasn’t going to stay there during a hurricane! Good thing too. The road looked like a creek the next the day. Luckily, it didn’t get in the house, and I think my neighbors fared okay too in that sense.

It ended up being a real hurricane party at my friends house because we had power, and when some other people in our group lost theirs, they came over. And there we were, while the rain slammed against the windows, the power flickering every now and then, the wind blowing objects and debris around, and those sudden gusts bending the trees in scary unnatural angles, just hanging out like it was any other normal day. Playing Trivial Pursuit, a game I could live with never playing again because I was so terrible. Watching Bohemian Rhapsody first and then Venom, which was also a VERY nice distraction because of, duh, TOM HARDY!

Then, just like that, reality came crashing back down. All of a sudden, we heard whoosh, followed by thud. Everybody stopped talking.

A friend commented, “That can’t be good.”

And we all sprang into action with half of us running outside. I stayed in, and that was probably for the best.

After a moment, my friend came back in with the most forlorn look on his face, and when he said my name while shaking his head, I knew, I knew it was bad.

My lil baby, aka my car Felicia, had been crushed, well, the back end anyways, by this HUGE tree that also landed on the house and another truck parked in the driveway.

Felicia… may she Rest In Peace. She took me places I never thought I’d go, but as my boyfriend said, after 276,000 miles, only an act of God could have stopped her. So, it was only fitting that she went out with a bang, quite literally.

At least, that’s how I’m choosing to look at it. Cause in situations like this, you just have to laugh. There’s not much else you can do. What’s done is done!

And the jokes really have been endless. She’s been called a low rider. My uncle suggested turning her into a flat bed car to haul hay, and quite a few people mentioned cutting off the top to make it a convertible!

Yes, it was super unfortunate, and that is a nice way of putting it, but luckily no one was physically injured, and that’s all that matters. It’s crazy to think I could have been getting in or out of it when that tree fell!

But this is why you also prepare for hurricanes in advance of them making landfall! Double check your insurance policies. Know your zones. Prepare your house and land. Put together emergency kits for you, your family and your pets. Have a plan in place.

I’ve found that the SC Emergency Management Department, and those for Horry and Georgetown, are excellent resources for all things hurricane related. Their website and social media sites relay pertinent information before, during and after storms in regards to preparations, tips and tricks, flooding, power outages, road closures and more.

Hopefully, the worst is behind us, but we can’t rest easy just yet. I hear there’s some systems brewing in the Atlantic right now that have a chance to develop into more. Not to mention, hurricane season lasts until the beginning of December! Just be sure to stay prepared, have a plan, and keep it tuned to EASY!