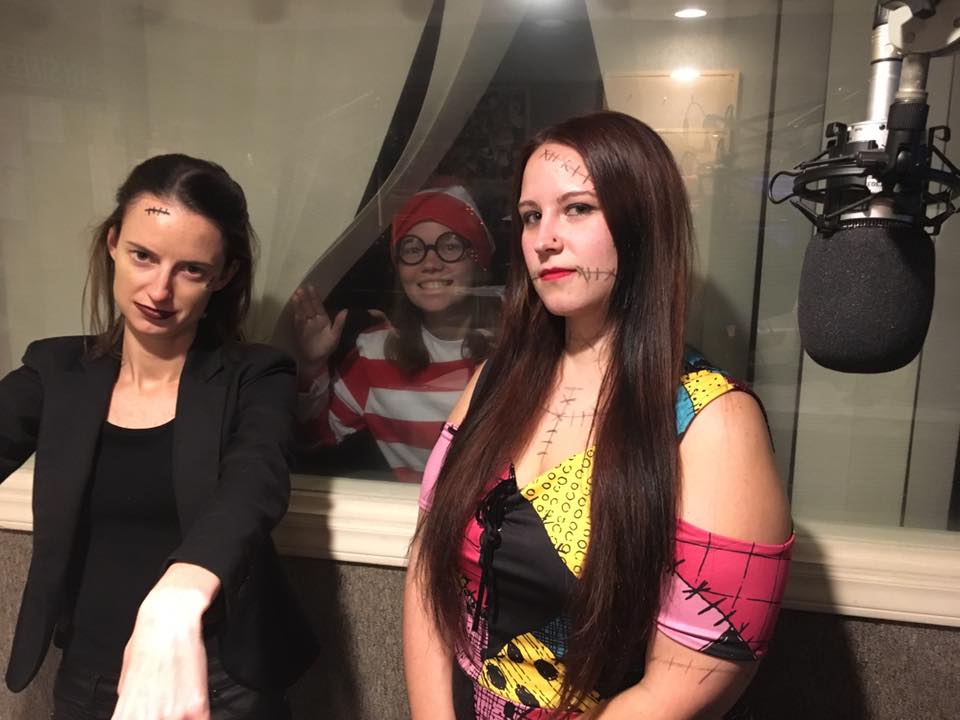 Dressed up last year as Sally from The Nightmare Before Christmas - my favorite Halloween movie!

Aka if you’re not watching these movies the month of October, you’re not celebrating Halloween right!

You will find that Hocus Pocus is NOT on the list, and it’s not because I hate the movie or think it’s overrated or overplayed. Quite the opposite. It’s because, DUH!, that wonderfully-witchy film is just a given this time of year. In fact, I equate Hocus Pocus to Halloween like The Christmas Story to Christmas. I mean, it’s just not Halloween unless Freeform airs the movie every other day during October and for 24-hours on the 31st! Doesn’t matter how many times I’ve seen it, I always get sucked into the plot. Always. It’s a classic.

Also, there’s no mention of any truly paranormal scary movies on here. That’s because, and I’ll openly admit it, I’m a big ole’ scaredy cat. I ain’t about to get myself all worked up over a fictional character or place that I still worry will turn out to be real and get me in the end. I’m also not about lost sleep or nightmares brought on by them.

Forget the gory, tortuous ones as well. I don’t find those entertaining, even though that seems to be what most movies are made of these days. Personally, I just think you hear enough about stomach-churning events in real life that I don’t want to spend my free time watching made up ones.

So, without further ado….let’s get spooky!

Here’s what you need to watch leading up to the big day! Not ranked in any particular order.

It can also double as a Christmas movie!

This movie just proves that being weird is normal!

Dr. Malcolm Crowe isn’t the only one that sees dead people! So does Norman…and everyone knows it, but doesn’t believe it.

Just another Tim Burton film that I adore…yeah, I’m a little weird!

Admittedly, I just watched this movie for the first time a few months ago…AND I LOVED IT! Gotta watch it every Halloween now.

Thank heavens I stumbled upon this movie on SyFy one night! It’s one of my favorites…even with his Joker-like appearance.

Honestly, what’s not to love about this movie? Sandra Bullock, witches, midnight margaritas and a little romance!

I know some people believe this movie is way overrated, but it really is just so. darn. good! Who saw that ending coming the first time you watched it?!

Queen Of The Damned

If you love vampire-y stories, then you’ve got to love this film, based on Anne Rice’s book of the same name!

You know it, you love it! All work and no play makes Jack a dull boy!

Yeah, my taste in movies is pretty weird and eclectic, but what can I say? Halloween is my holiday for a reason!

What are your must-watch Halloween movies?