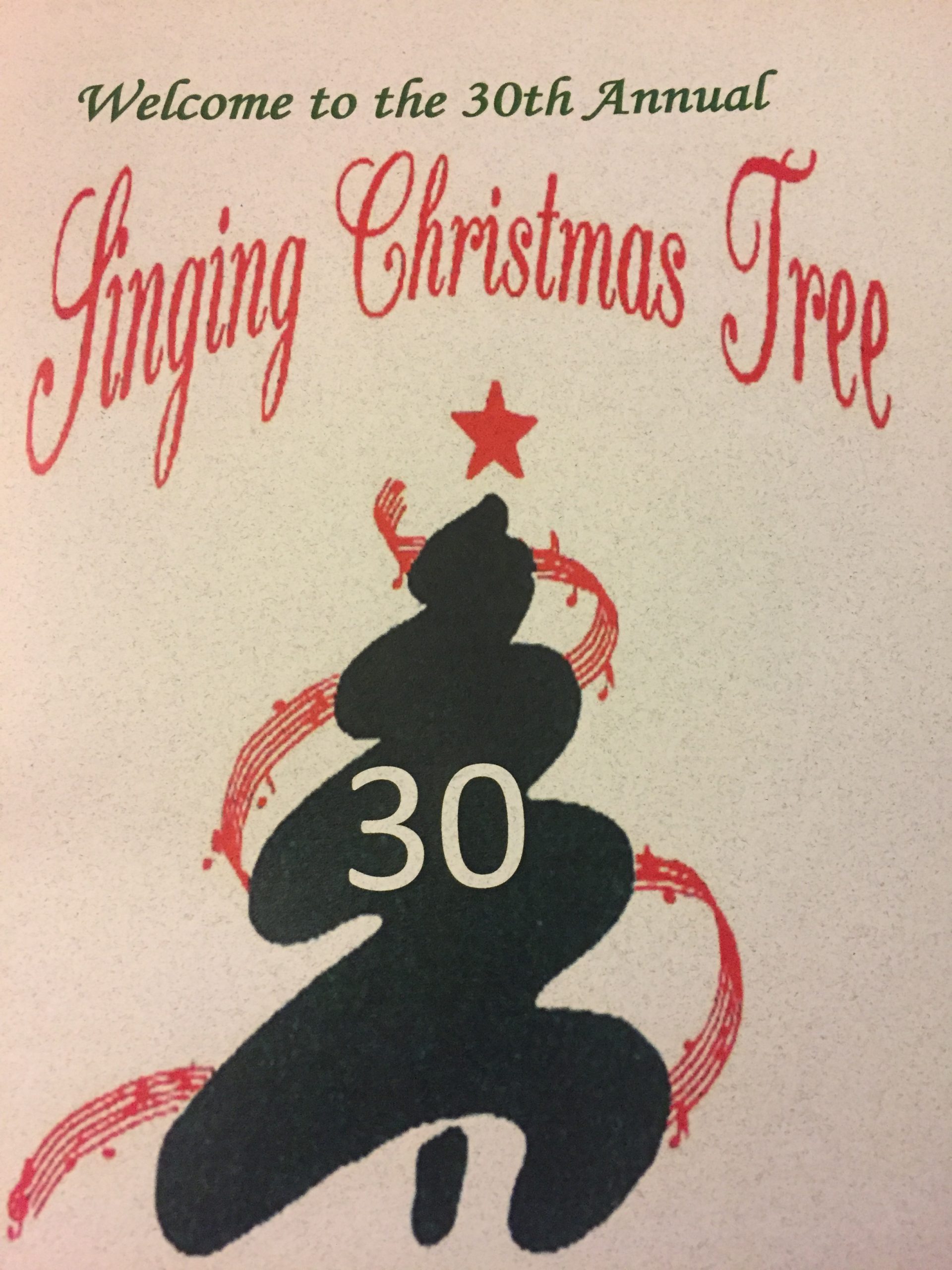 A Singing Christmas Tree To See!

Posted By: Matt Sedotaon: December 18, 2019In: Chelsey Rene Blog
Print Email
This past weekend was PACKED with all sorts of Christmas activities. From baking Christmas cookies to the Conway Christmas Parade to the Singing Christmas Tree of Georgetown!

The latter being a first for me, and it was such a treat!

I grew up in the Methodist church, and when I was younger, I was a very active participant. I’m talking the whole nine yards – Sunday school, youth group, mission trips, and more.

Oh, and of course the Christmas plays!

Those were always a big production too. Every year the script would be a little different, but the true meaning of the holiday would always be present and conveyed. And the whole community, especially the friends and families of the kids performing, would come out to see it.

And even though it’s been quite a few years since I’ve been in one, I’m still used to being on that side of the curtain. Not in the pews. Not as a spectator.

So, it was nostalgic and warming and just interesting AND entertaining to see The Singing Christmas Tree of First Baptist Church!

Honestly, I wasn’t sure what to expect at first when my bf mentioned it. His parents had went the year before and loved it, and we were all going to go together this year. But when I asked what it was, and he tried to explain, LAWD, for the life of me, I just couldn’t understand.

A singing Christmas tree? What does that mean EXACTLY? How does that work? The questions plagued me for days! And when I took a seat in the pew on the balcony, I didn’t know how it was all going to play out!

Until I saw the stage area. To my left, below, a harpist was set up in front of a manger. Soft, beautiful music drifted up as her fingers seemingly glided across the strings. It was AMAZING! I don’t think I’ve ever even heard someone play the harp in real life! Absolutely beautiful.

To the far right of that, musicians were gathered around, warming up on their respective instrument – the piano, a guitar, drums, etc. And smack dab in the middle of them both, all the way up to the ceiling it seemed, was a dark triangular set.

Think of a tiered cake. But instead of cake, and I’m kind of assuming here since I wasn’t part of the production or IN it, it was risers covered in decorations to resemble a lit Christmas tree, with a silver star allllll the way up at the tip top. And at each tier, choir members would fill in the empty space to belt their hearts out.

Most of the songs were new to me and very energetic, and man, could the choir sing. The story of Jesus’ birth was also told through scripture and illuminations and acting in between, and it was cool how they incorporated it all together. After 30 years, they’ve definitely got it down pat, with each year being unique from the last, from what I hear.

And it is NO SMALL production, to say the least. They have hundreds of people dedicating their time and efforts to make the show come together, every year, multiple times! They put on numerous concerts, back-to-back. When I was there, I counted 60+ choir members just in the Christmas tree! That’s not including those who read from the bible, those who were part of the drama cast, those behind the scenes manning lights and running the sound board, and those who helped out in other ways!

You might want to check it out next year with your friends and family, especially if you haven’t seen it before! It is a REALLY nice way to spend an evening with those you care about leading up to Christmas!