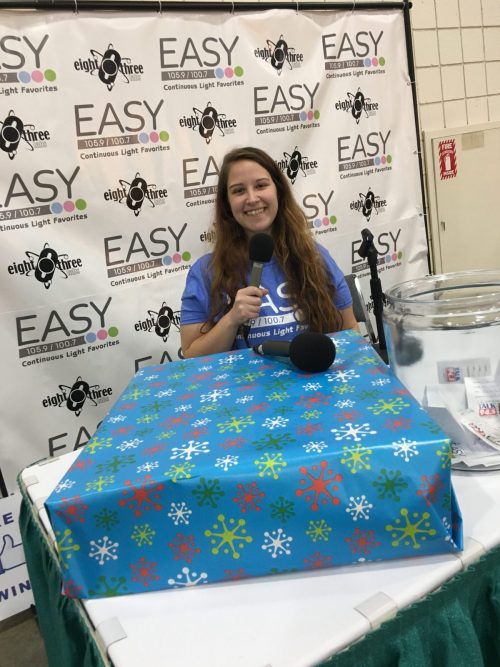 Not only is January 20th Martin Luther King Jr. Day, but it’s also National DJ Day! And last year, I made a mental note to write a little blurb about my start, and journey, in radio. Because it’s pretty funny. Actually, it’s more ironic than anything. And I like to think there’s an important lesson behind it all. But…that could just be me. Everyone always thinks that about their life story, right?

My interest in DJ’ing sparked… and quickly sputtered out… in high school. At that point in time, I was heavily into rock and metal. Especially Avenged Sevenfold! And I listened to 105.3 The Bear ALL. THE. TIME. Even at night.

Just ask my brothers who could hear (and absolutely hated) the yelling (to them) and the heavy bass that pumped from my stereo speakers through the walls.

But, weirdly enough, I really couldn’t even tell you where or how exactly I got the idea to be a DJ. There really wasn’t an ah-ha moment in my life. At least, not that I remember. It was just there in my brain one day.

So, when a high school counselor asked what I was thinking of becoming when I was older, I mentioned working in radio.

Her response was almost immediate. I’m paraphrasing a bit here, but basically, she said I wouldn’t make much money doing that.

My reaction was just as fast – Not much money? Never mind!

But I didn’t really know where to go from there. All I knew was NOT RADIO! Therefore, I was all over the board career-wise. And panicking. I was about to head to college for pete’s sake! And I HAD NO IDEA WHAT I WANTED TO BE!

After a lot of debate, and changing my mind a gazillion times, I finally settled on Communication, specifically Multimedia Journalism at Virginia Tech. Communication – a vague, generic, wide-open field. An area of study that could be applied to many other fields… or so they told me a billion and one times.

And I went on to delve into journalism because, in my mind, it was a subject that would allow me to continue learning about other subjects!

Kind of silly. But true!

So, there I was, 2 years later. Writing for magazines and newspapers in class annnnnnd HATING IT! I was miserable. Luckily during that time, I heard about a meeting for those interested in WUVT, Virginia Tech’s campus radio station.

Just for giggles, I decided to go. I attended the very unique and interesting gathering (radio people – we’re weird! lol), and I went on to spend a semester training in a small, cramped room with VERY worn-in furniture, used equipment, some of which I had no idea how to operate at first (like the record player), and, not to forget, stacks and stacks of CD’s – metal, jazz, hip hop, reggae, etc. The vinyls were mostly in the on-air studio, across the hall.

After that first semester, I was lucky enough to get a slot playing METAL

The rest, as they say, is history.

My experience there, got me my first part-time job in radio, just right down the road from my hometown (kind of – more like a good half-hour and then some) and Tech. I started out updating the weather, before the crack of dawn might I add, working the board for NASCAR races and scheduling commercials.

Those seemingly menial tasks led to my first voicing gig at that same cluster of stations. Then, I slowly started moving up the ladder within the organization, before landing as an on-air personality with… 105.3 The Bear!

Yup! I literally made it onto the station that I used to listen to ALL. THE. TIME., WORKING with the same guy that got me “home safe… and with no speeding ticket!”

Fast forward a couple of years, and here I am, living it up at the beach, on air with EASY!